I was one of the lucky few who was able to grab a Lip Kit by Kylie when they came back in stock a couple of weeks ago. I only had my eyes set on one shade, which was True Brown K. Honestly, I initially wasn’t very interested in these kits at all. All the shades looked very generic and easily dupeable, and I’m sure most of you have heard that these liquid lipsticks were basically repackaged Colour Pop lipsticks. However, I’ve seen many reviews surfacing about these and many of them have been very positive. I recently saw a review by one of my favourite YouTubers, Farah Dukai, talking about how True Brown K had one of the best formulas she’s ever tried, so naturally, I was swayed and figured I wanted to give it a try (being a liquid lipstick fiend and all). What are my thoughts on it? Keep reading to find out. 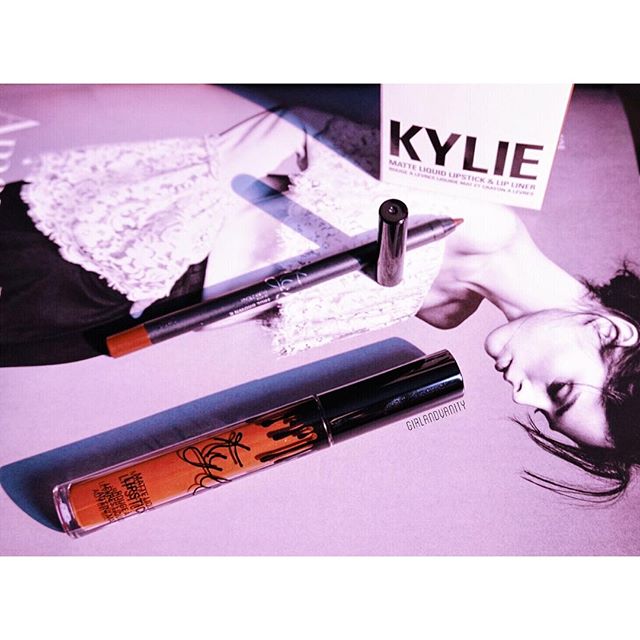 All of the lip kits sell for $29 USD, which is currently about $40 CAD. That’s already quite a steep price considering both the lip liner and the lipstick would be $20 each. But wait, there’s more! That price doesn’t include the shipping costs to Canada, which was a ridiculous $14.95 USD. That means in total, the lip kit cost me a whopping $60 CAD. Yes, it hurts. Do I feel like a sucker, absolutely. Luckily, there weren’t any additional customs and duties fees, but JFC, this shit is expensive. Obviously after paying so much for a lip liner and lipstick, you bet I had even higher hopes for it to be one of the best that I’ve tried.

The lip liner has a very sleek look to it. At first, I thought it was a twist up because the liner actually looks like a crayon instead of a pencil, however you do have to sharpen it. The liquid lipstick also looks very sleek. It has a good weight to it, however I don’t really like the drips on the outside since it gives it a cheap and tacky appearance. The applicator is a standard lip gloss-esque tip, similar to the Colour Pop liquid lipstick applicators. 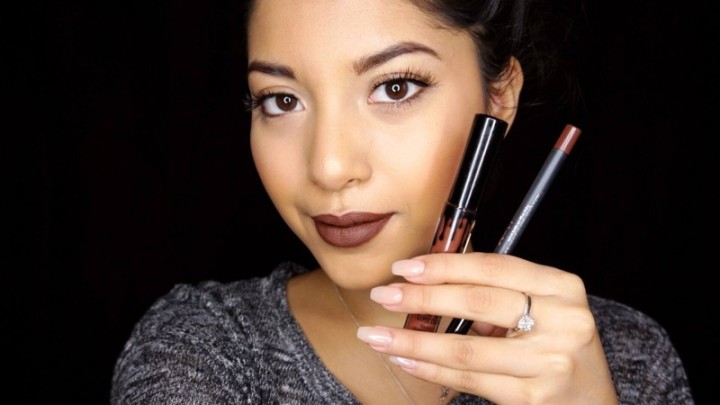 The liner is very creamy, glides on smoothly, and delivers an opaque line. It feels very much like a crayon liner rather than a traditional lip liner, however I like how easily it goes on. If you prefer NYX and MAC lip liners which are actual pencils that are more stiff, you probably wouldn’t like these very much. The liquid lipstick, **the moment of truth!!**. Firstly, it smells nice. They smell like the Stila and Lime Crime liquid lipsticks – like a vanilla, fake, cupcake. The formula itself is a little thick, kind of like a cross between Kat Von D liquid lipsticks and Stila liquid lipsticks. They are not similar to the Colour Pop formulation at all. The Colour Pop ones are very runny, thin, and don’t have a distinct smell, whereas True Brown K is thicker, very opaque, and smells better. They apply very easily and dry down to a matte finish. They are also surprisingly comfortable to wear. They feel like the Stila and Anastasia Beverly Hills on the lips however they look much more matte and have minimal transfer. I will admit I only wore it for a few hours so I didn’t get a true sense of how it actually wears throughout a normal day, however I will eventually include a segment on that in this review.

I only have one other lip product to compare True Brown K to, which is the Lime Crime Velveteen in Salem (please don’t burn me at the stake for this). I thought that they would be more similar, however it turns out that Salem is much lighter and much less opaque than True Brown K. The formula is also much thinner and drying than True Brown K’s formula. Another dupe that I heard of was Colour Pop’s Limbo, however I think the formula definitely does not compare. In addition, based on other swatches I’ve seen, Limbo is much more similar to Salem that it is to True Brown K.

Overall, I really do like True Brown K; both the lip liner and liquid lipstick. It has one of the better formulas that I’ve tried (and trust me, I’ve tried most of them). One of my biggest issues I have with them is its price; not so much the retail value, but rather its ridiculous shipping costs. Because of that, I’m not inclined to buy any more from Kylie’s line until they do something about that atrocity, however if the shipping costs are not much of an issue to you, I would suggest trying one out.

Have you tried the Lip Kit by Kylie?

What are your thoughts?

Hiya 👋 I’m still here, just doing more lurking than creating…I’ve been trying some new skincare recently and I feel like my face has not been liking some of it 🥴 in the meantime, here is my fav lip combo as of late: the @benefitcanada cha cha tint + @sephoracanada jelly melt glossy lip tint in ‘mambo’ ♥️
I made a blog post with some swatches comparing recent foundations I’ve acquired in the last few months. I had a hard time finding swatches for some of these shades when I was looking, so I figured I’d post some for anyone who is in the same situation!
Felt a little mod, felt a little glam, felt a little sweet. Whatever this is, I dig it. Used the @lisaeldridgemakeup velvet affair for the perfect nude lip
Is the cat eye trend still a thing? Cause I’m still feelin it 😻 really can’t get enough of this red lip either (@yslbeauty grenat no rules)
Stay gold ⚡️
Somewhat of a photo dump. Playing with lighting to improve my 📸 skillz. makeup wasn’t really the focus in these pics but I’m liking the shadow liner I did on this day - used @narsissist single shadow in galapagos, one of my all-time favourite shadows. On the lips is the @yslbeauty tatouage lip stain in #9 grenat no rules
Loading Comments...
Comment
×
%d bloggers like this: