I can’t believe it’s already time for my first Project Pan update! I have to say, this experiment has been a little more difficult than I thought it would be, but I think I definitely made some great progress! I finished up/hit pan on many items on my list, so I’d say this first quarter has been quite successful. I’m having a bit of a hard time getting through some products, but I’m just trying to stay optimistic. This post is going to be long enough, so I’ll cut the rambling and just get on with it! 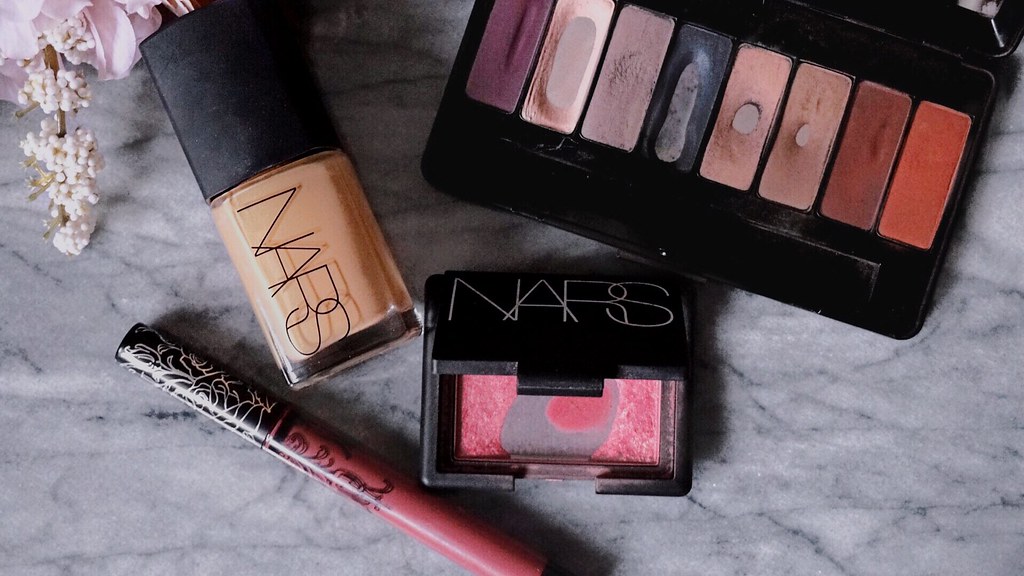 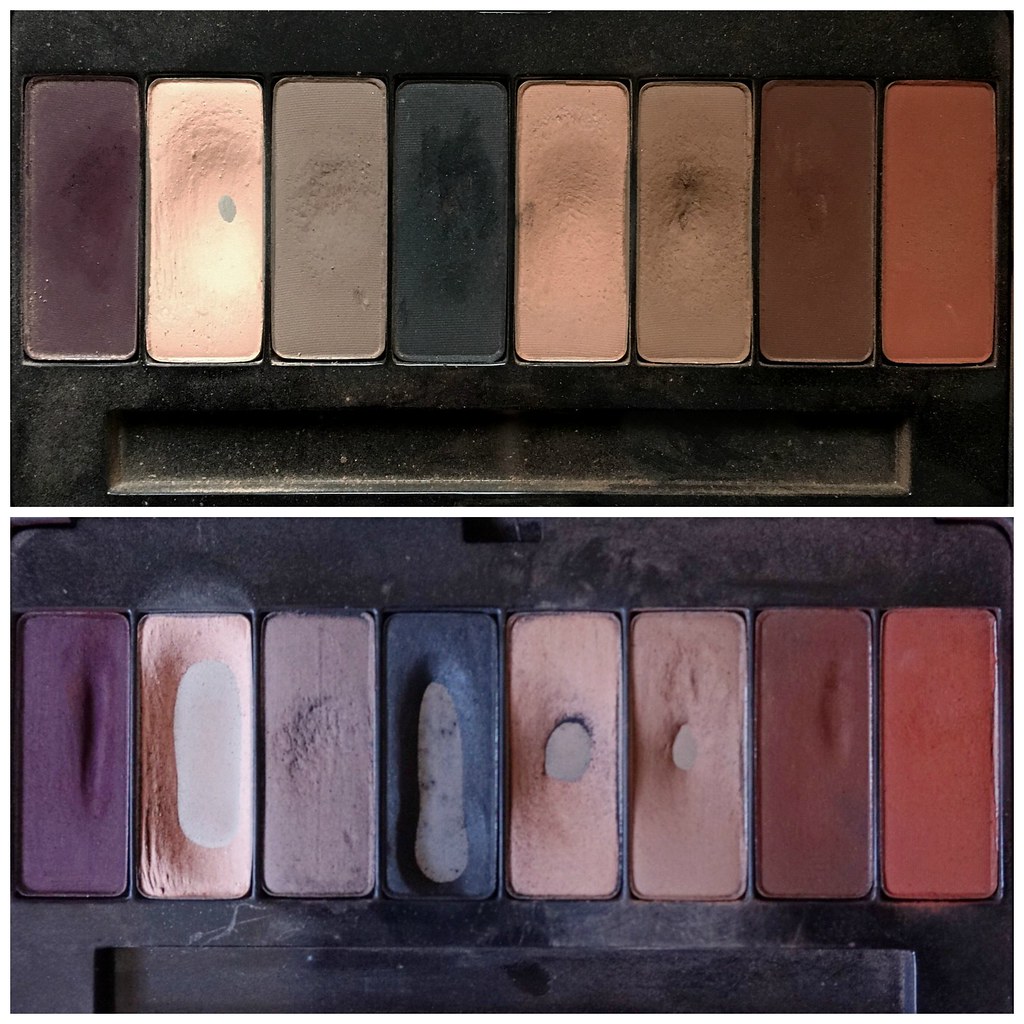 I think I made some really great progress with this palette within the last few months. I hit some significant pan on half of the shades, which I’m quite proud of! It has been a little difficult to use the rest of the shadows. The deeper brown and orange shades are probably the ones I’ll be hitting next, but they’re a little too intense for my daily look at the moment. I think I can try to hit a baby pan on the purple shade if I keep using it as an eyeliner shade, however I decided that I’m not going to continue on with the grey shade. I just can’t think of a use for it – it doesn’t look very nice on my skin tone, and I’m not going to stress over using up a shadow that I’m not particularly fond of. Hopefully I’ll be able to put this palette aside by the time I do my next update! In the meantime, I’m going to try to get a head start on my next victim, my Urban Decay Naked 2 Palette. I highly doubt I’ll be able to use all the shades, or even hit pan on every single one, but I’m sure as hell going to try! 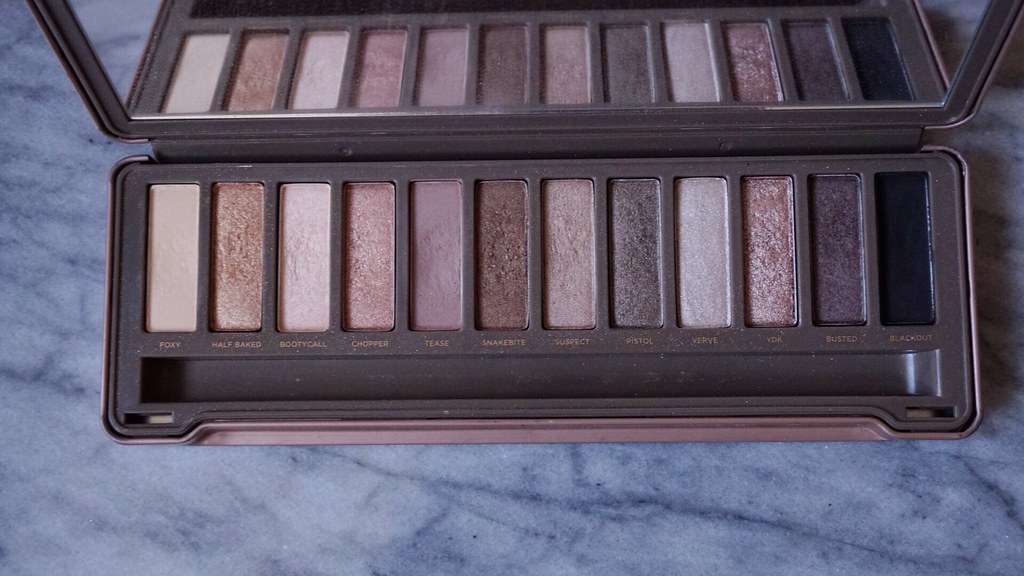 MAC Eyeshadow in “All That Glitters” 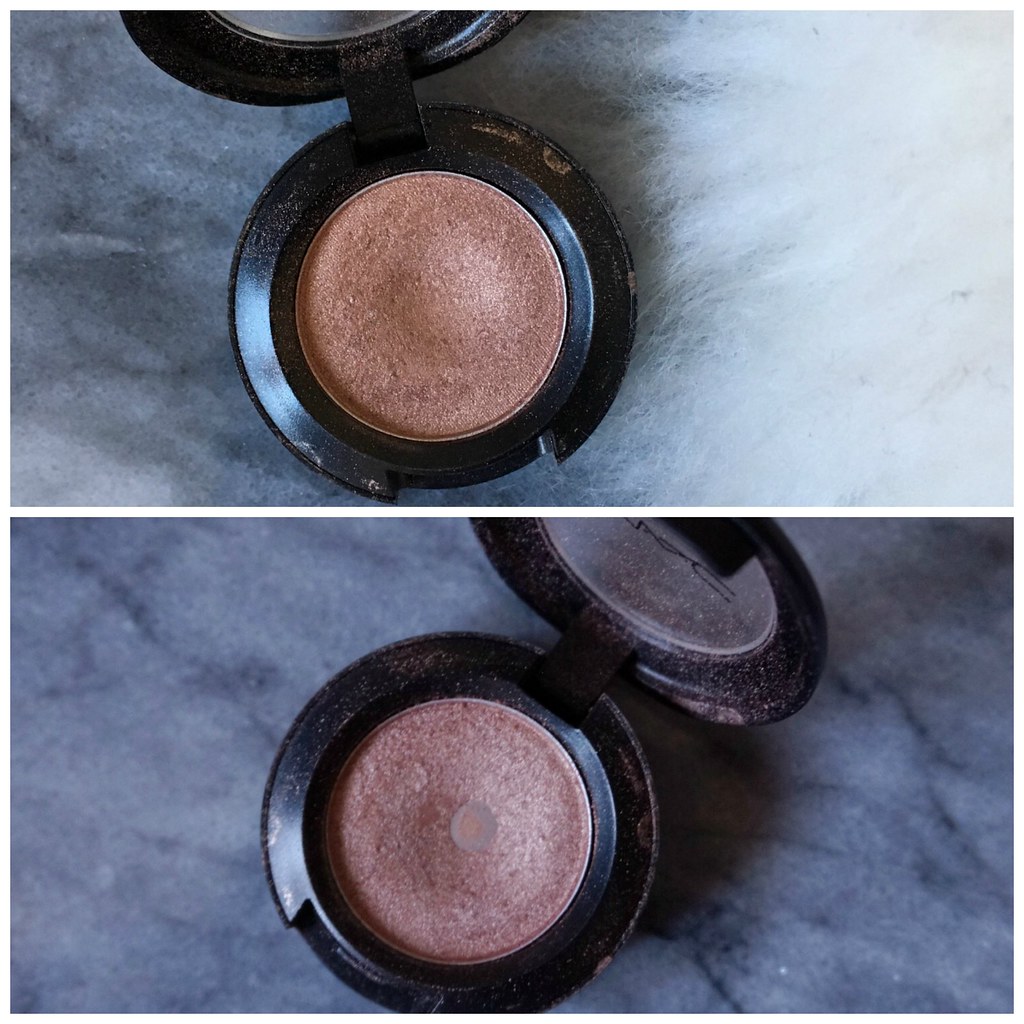 It didn’t take too long for me to hit pan on this shadow, but progress has definitely slowed down since. With my skin tone being as light as it is right now, it just doesn’t provide that much of a highlight for my inner corners, so I don’t find myself reaching for this shade much. My plan is to start using it more as an inner corner highlight and as a regular highlighter on my face once I get more of a tan. I’m positive that I’ll get way more use out of it that way. 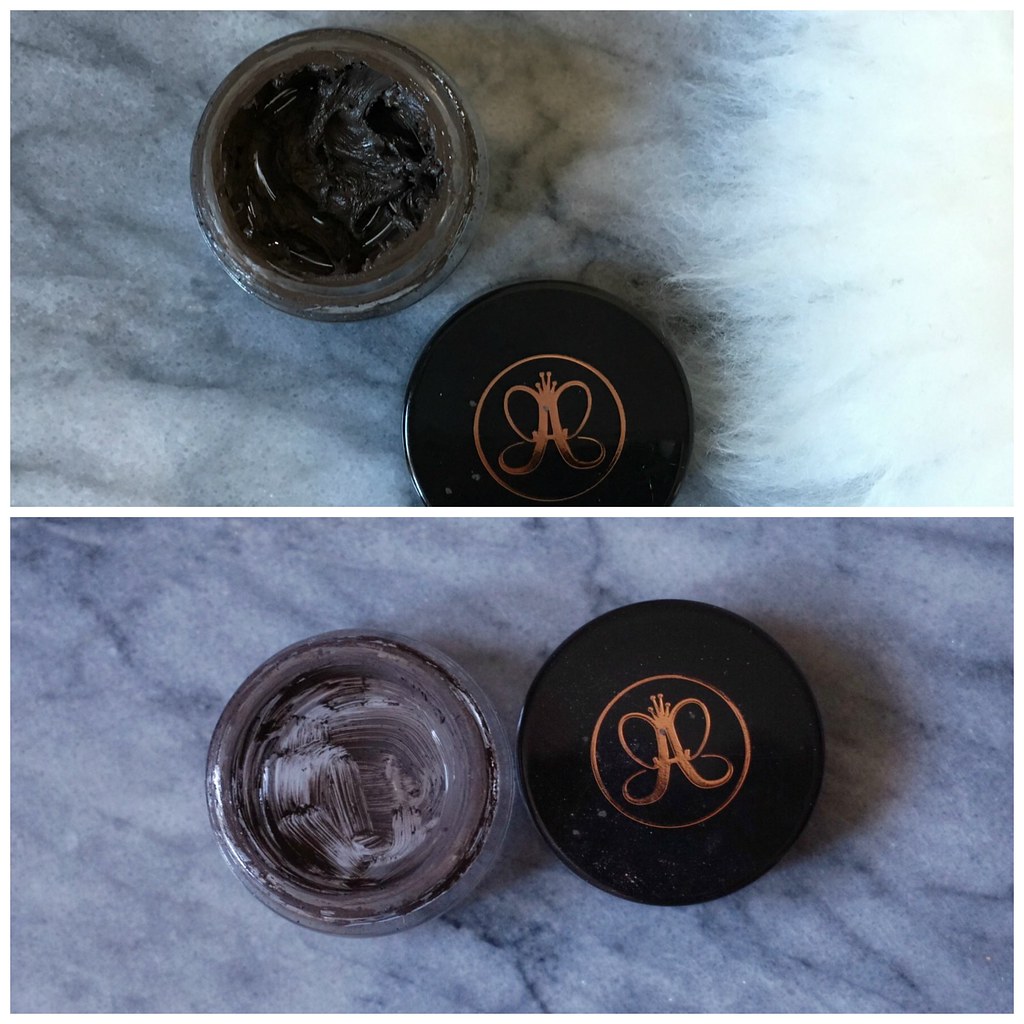 I’m happy to report that I actually used this entire bad boy up! I was getting very sick of it towards the end, but I did it. I don’t plan on buying another Dipbrow pomade in the near future, so right now I’m just sticking to brow pencils. I’m so happy this is finally gone. 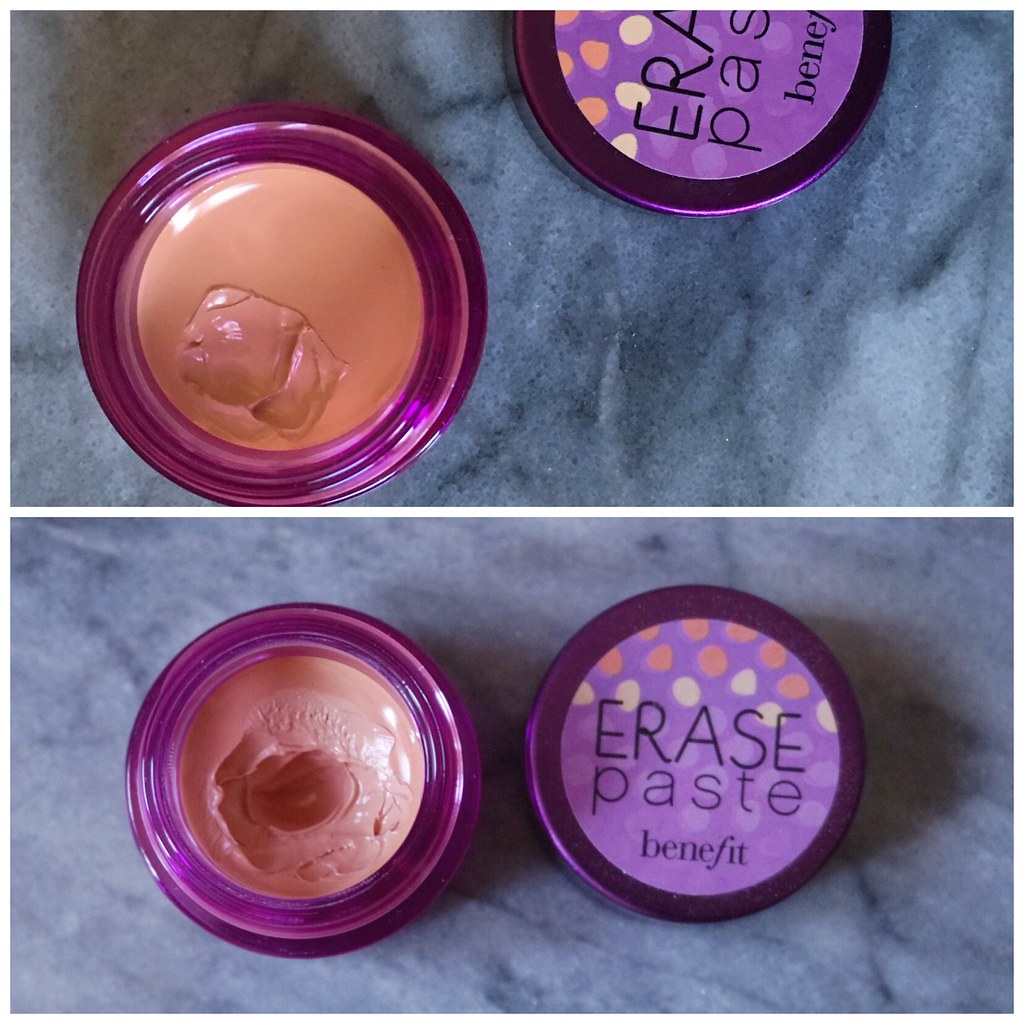 I hit a very small pan on this recently, and I’m glad to finally be finished with it. I had mixed feelings about it because for some reason, it made my under eyes crease like crazy. Maybe it’s because I’ve been wearing a heavier eye cream, but I’m not so sure that I’m a huge fan of this product anymore. 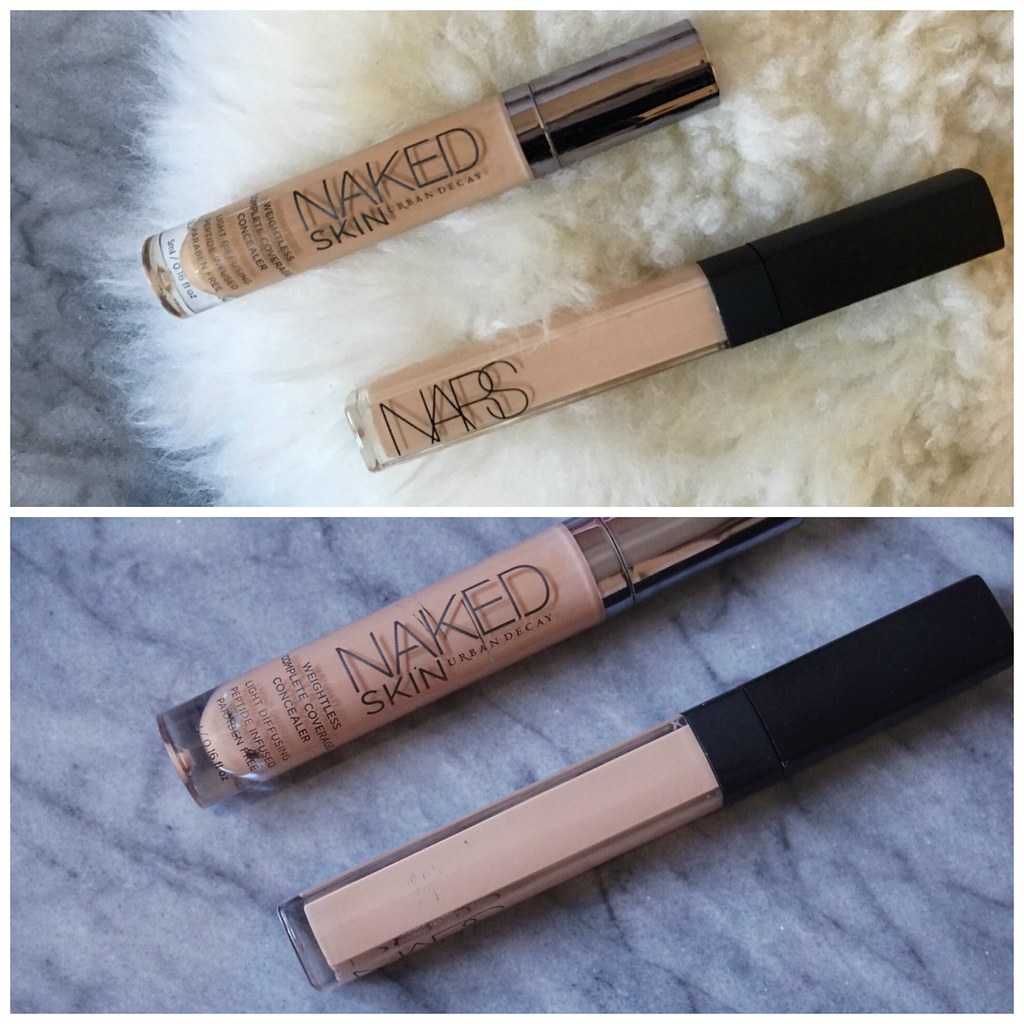 I finally got through the Urban Decay concealer. I really liked it, but I won’t be repurchasing that particular shade since I have a few other concealers that I need to get through once I finish the NARS concealer. I’m working my way through the NARS product, but I feel like it is just a never ended tube. I’ll never understand how some people go through it so quickly! I’ve been trying so hard to use it as liberally as possible, but it’s still taking me quite a while to finish it. Hopefully I’ll be able to empty it out before my next update. 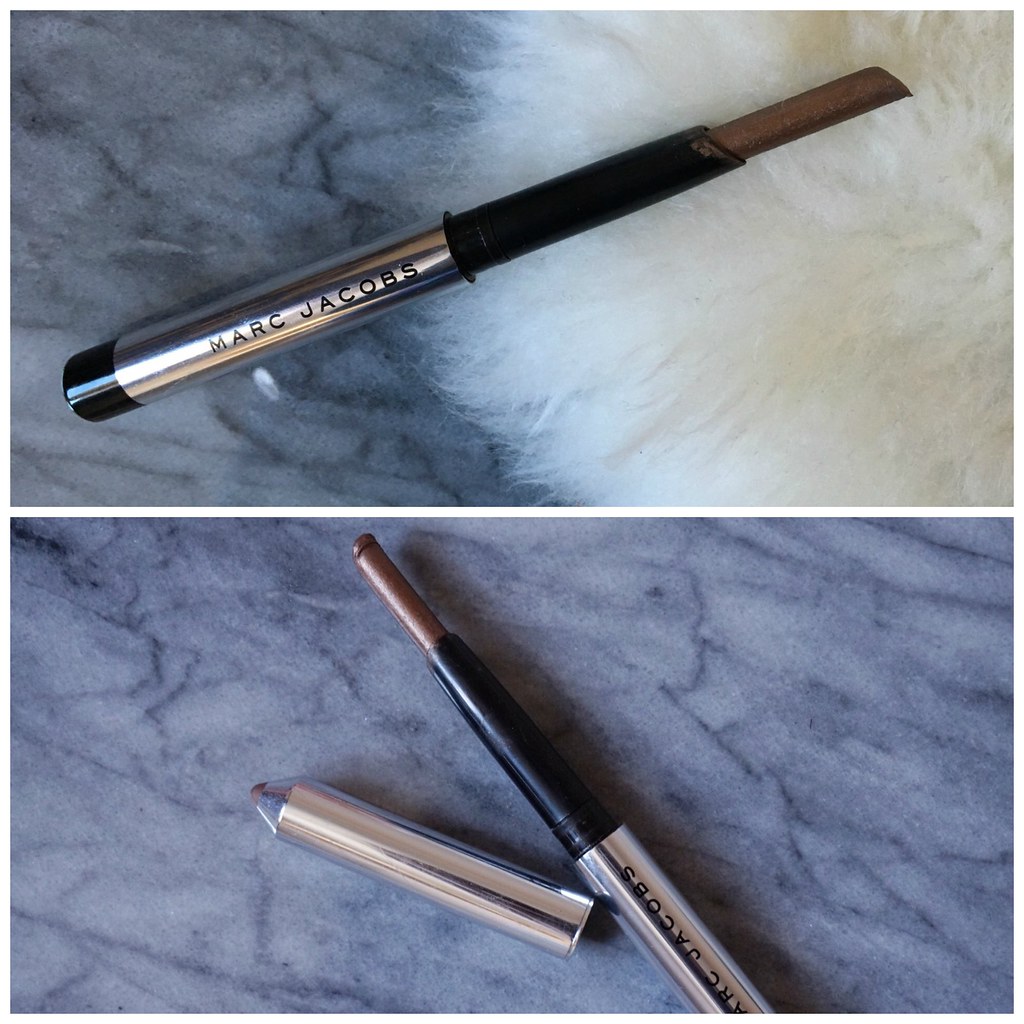 Progress on this shadow has been quite slow. I still find it to be a little too glittery to wear to work, but I’ve noticed that it doesn’t look too bad if I wear this shadow on the days when I wear my eyeglasses instead of contact lenses. I think I’ll be wearing glasses more often in order to use this shadow up a little faster. 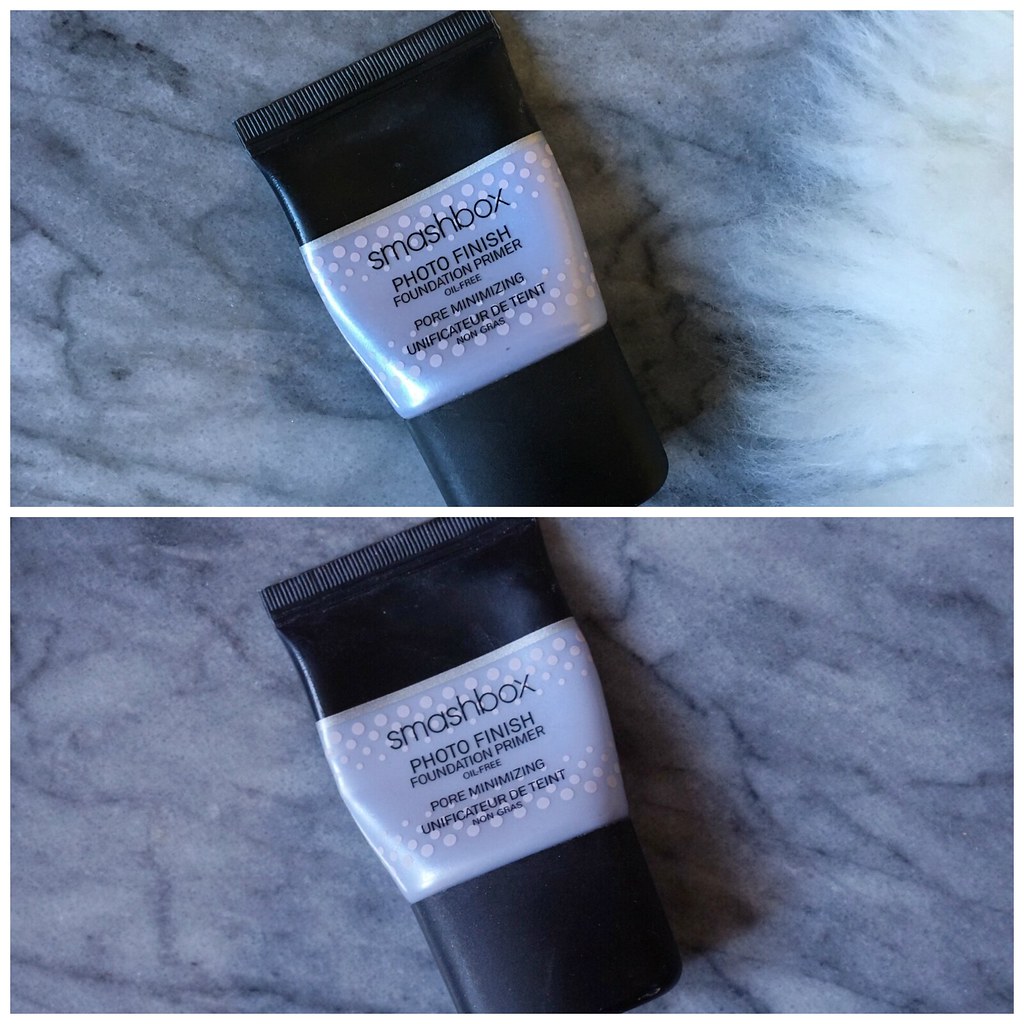 It doesn’t really look like it, but I think I made some decent progress on this primer these past few months. With that said, I think I’m going to have to keep it out of my rotation for the next little while due to the fact that my skin is just too dry for me to use it at the moment. It seems to exacerbate my dry patches and doesn’t make my skin look too great. In the mean time, I’ll be replacing it with the Hourglass Veil Mineral Primer. So far it’s been working well for me, even though I previously was not a huge fan of this product. 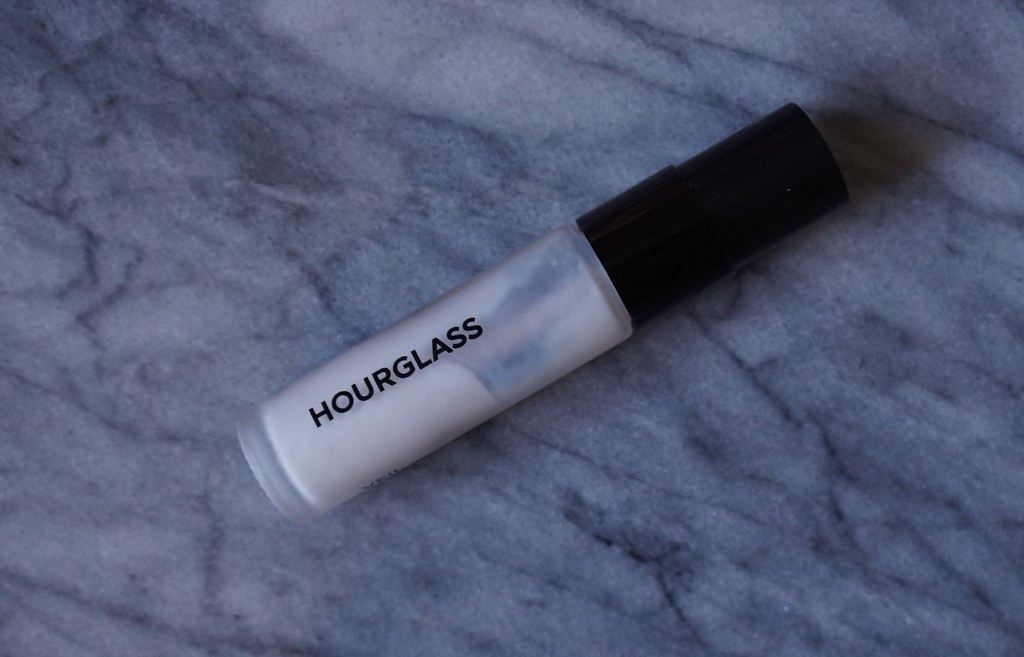 This is another product that I’ve had to put on the sidelines given that it is just too dark for me to use at the moment. I’ve replaced it with the NARS Sheer Glow Foundation in Stromboli, which I’ve been making great progress with. I’m hoping to have the foundation finished by my next update, and will start using the GA foundation once I get a bit more of a tan. 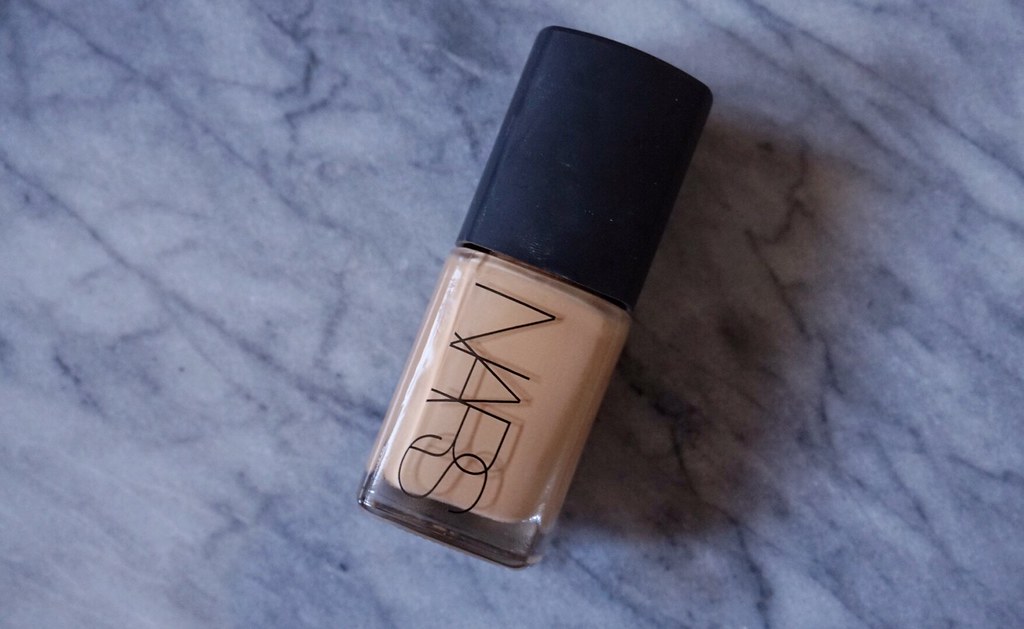 I have barely been using this product, mainly because I’ve been mixing my foundation in with the MAC Strobe Cream in order to sheer it out, so I just haven’t felt the need to colour-correct. I’m thinking of just abandoning this product all together, however I’ll keep going with it and decide by my next update.

MAC Mineralize Skin Finish in Give Me Sun! 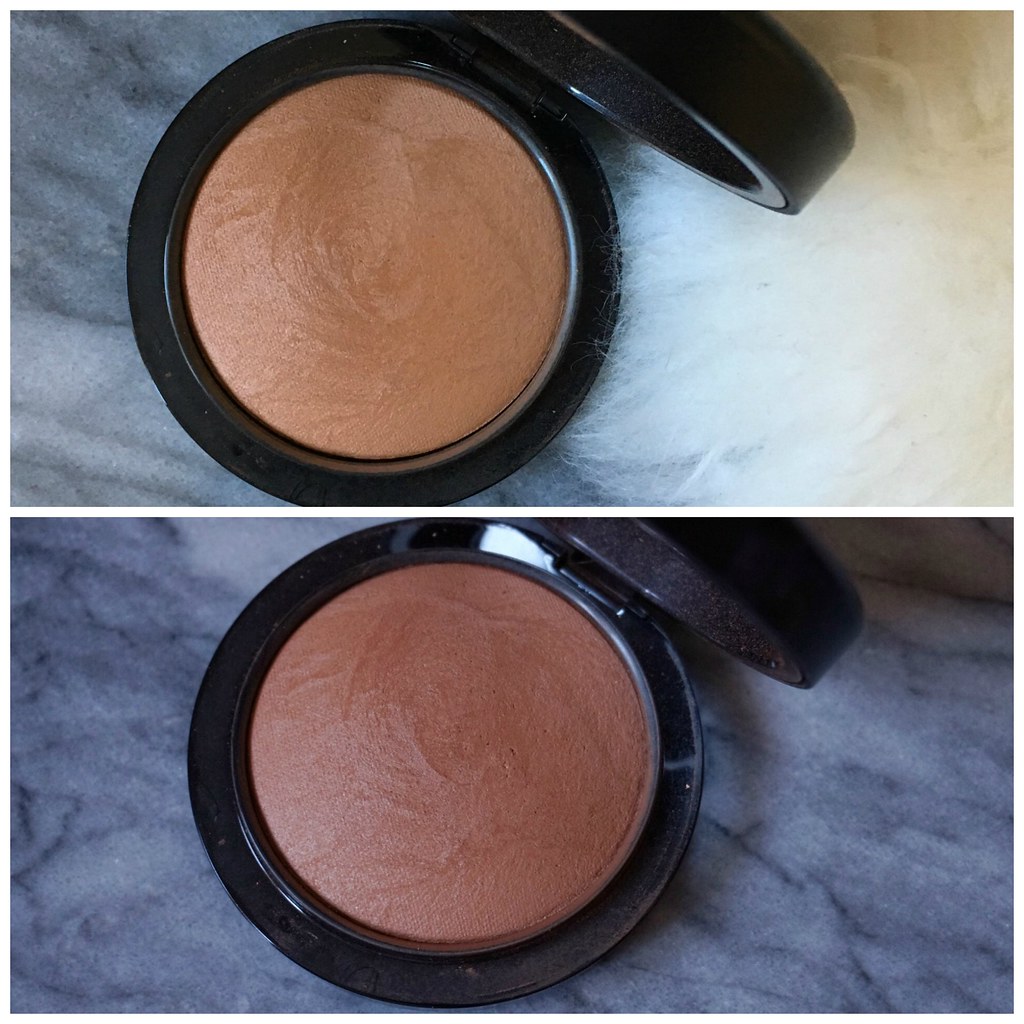 Once again, this is another product I barely made any progress with, simply because I feel like I can’t really use it much until I get more of a tan. I’ve been doing more of a cool-toned look lately, therefore I’ve just been sticking to contouring rather than bronzing. I’m hoping to have a little more progress with this product over the summer months of this year. 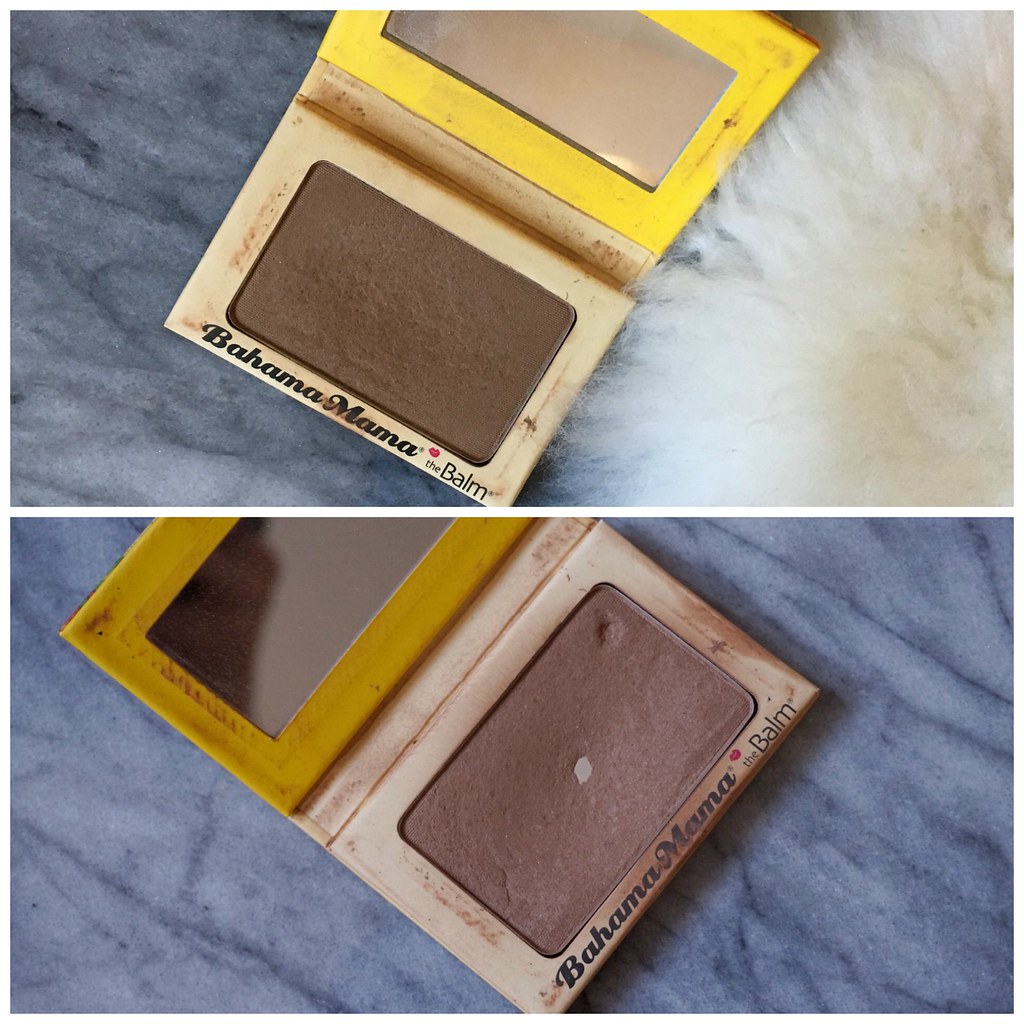 I really loved this product, but it seemed to go on forever. It was difficult, but I did end up hitting pan on this product! It really is such a great contour shade, and I also loved using it as a crease shade on my eyes. I’ve replaced this product with my Kat Von D Shade + Light Palette. I really love these powders so I’m hoping to get some serious use out of them over the next few months. I’m planning on just panning the shades rather than using them all up. 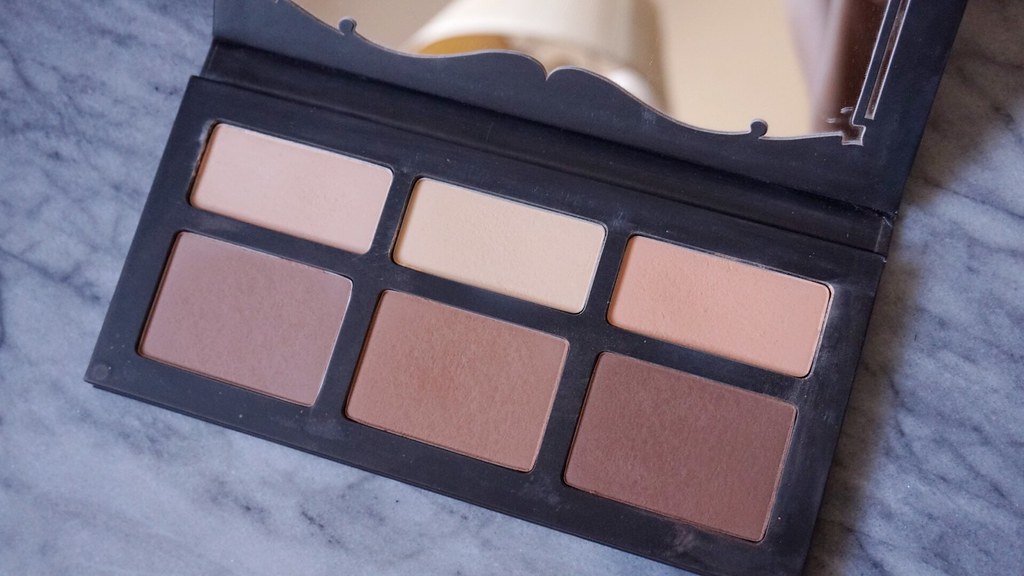 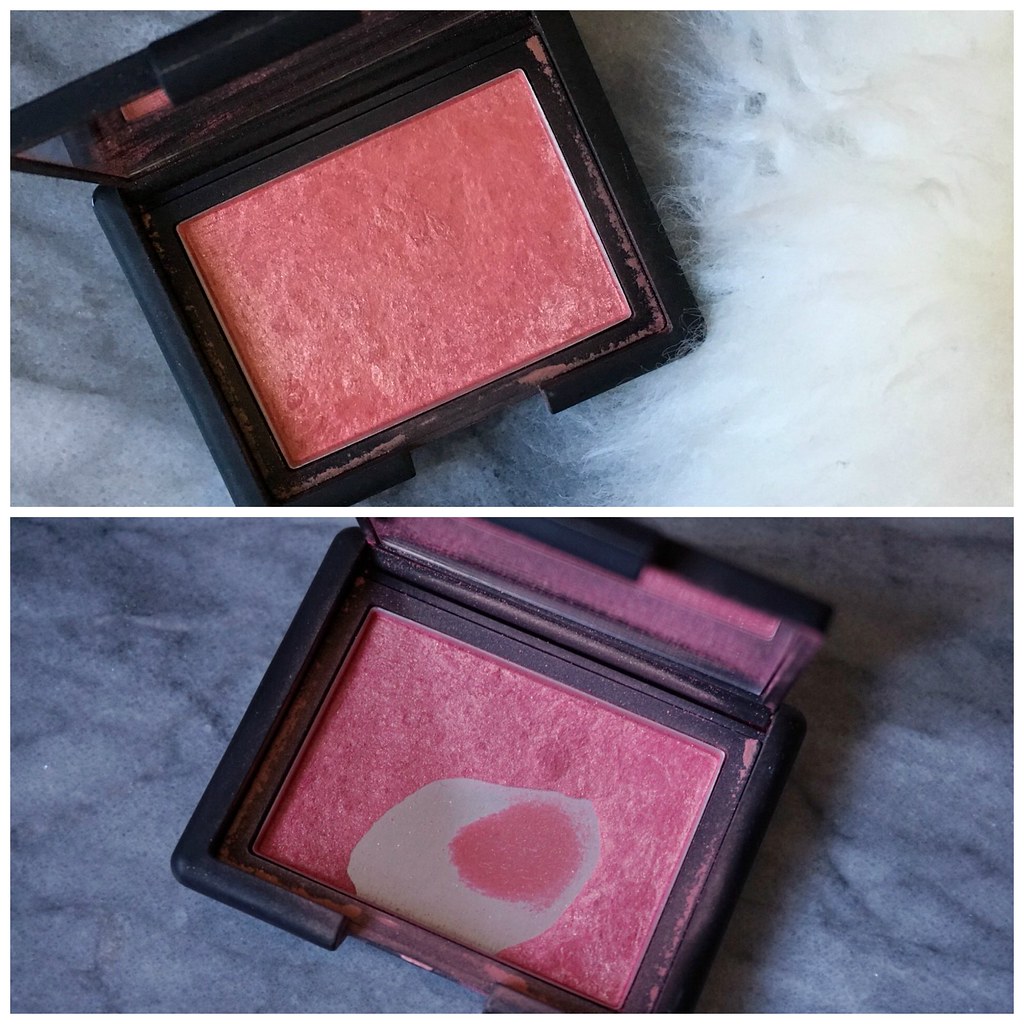 I have to say, I’m getting really tired of this blush. I think it’s beautiful, but it has been very difficult not to use anything else for the few months. Luckily, I hit major pan on it, so I’m praying that I can get through the entire thing by the time my next update is due. If I decide that I really am over it by then, I might just switch to another one. 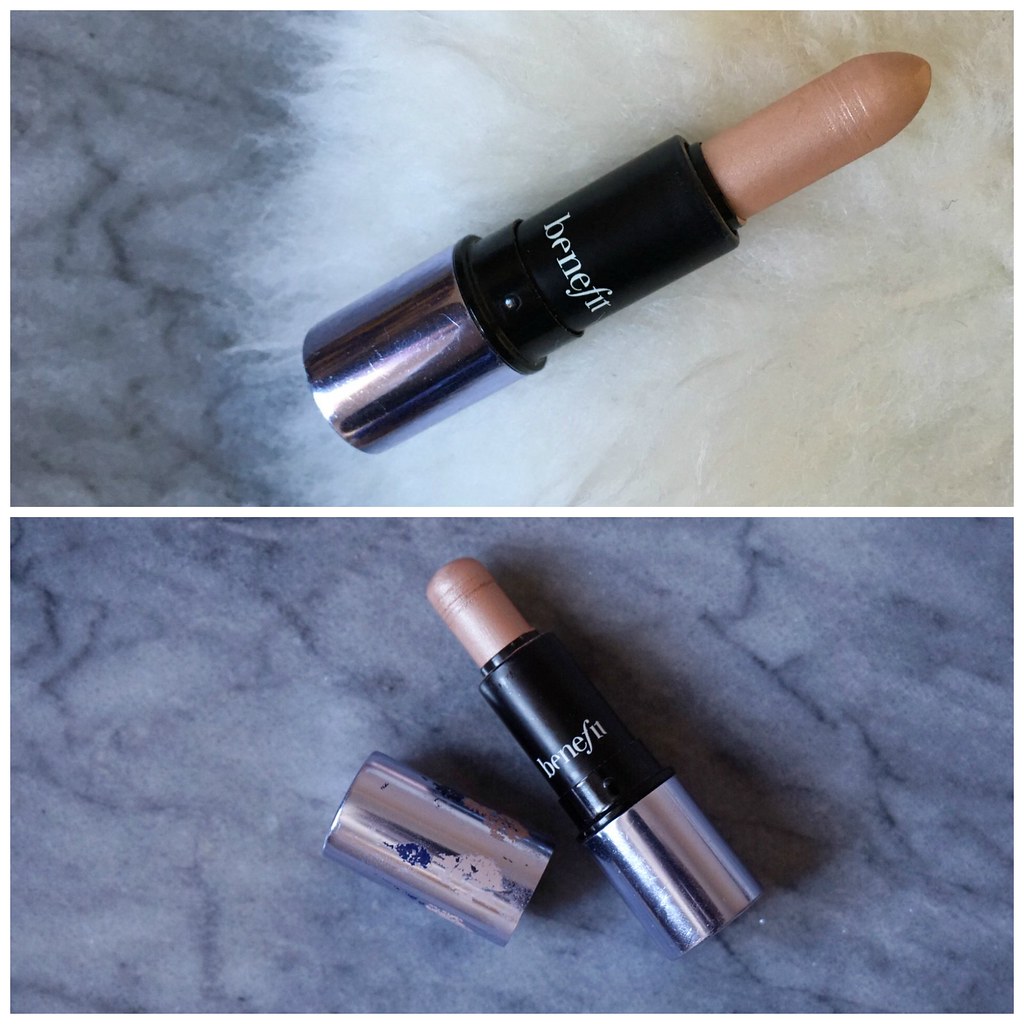 I haven’t been using this product as much as I would have liked to, but I think I made some pretty decent progress on it. Lately I’ve been loving the natural finish that comes with using a cream highlighter, so I’ll definitely get more use out of it in the next little while. 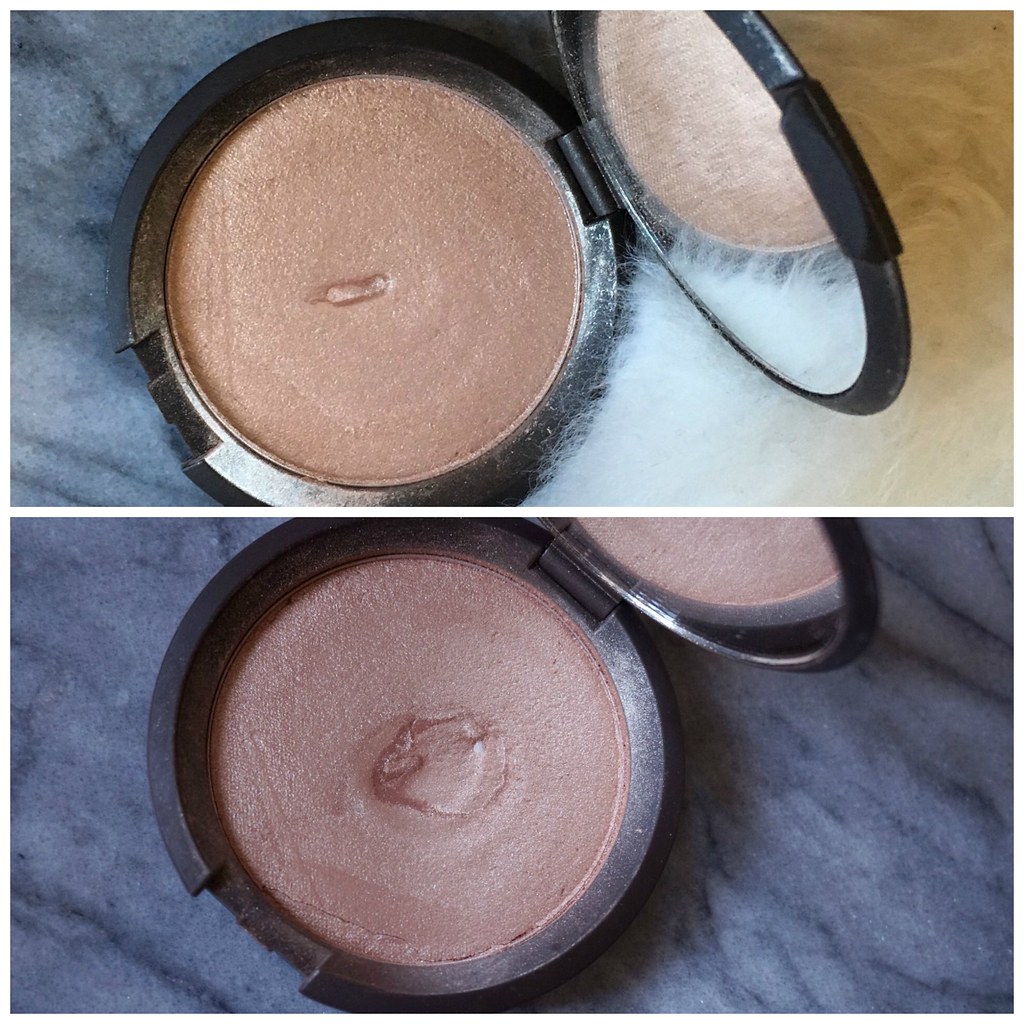 I seriously love this highlighter, but it was so difficult to get through. Although very tiny, I did end up hitting pan so I can finally move onto something else. It was just way too intense to use every day, but now that I got through it, I can focus more on using the Benefit highlighter along with the MAC eyeshadow once I get a bit darker. 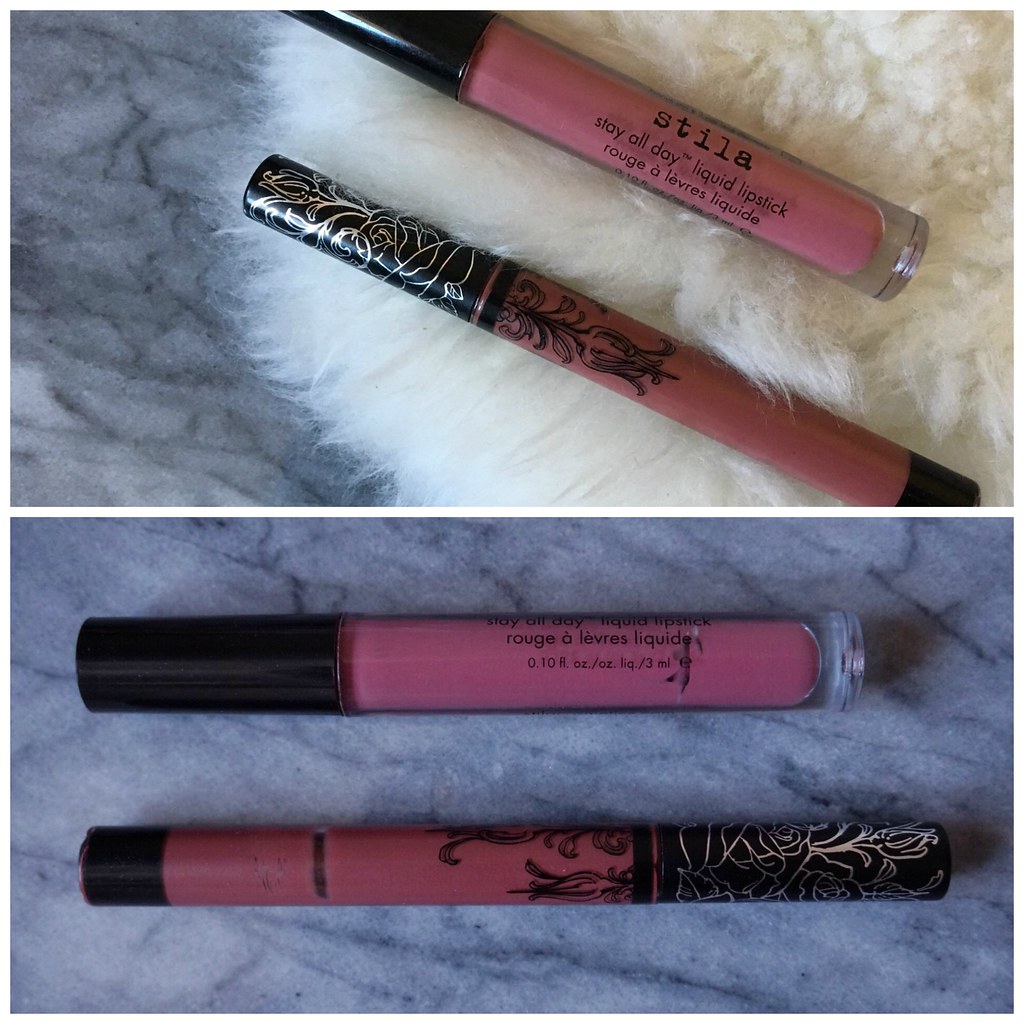 To anyone who has ever finished an entire liquid lipstick, I salute you. This has proven to be extremely difficult; so much so that I think I’m going to have to give up on one. I think the formula for Patina has changed on me because the shade has been looking very funky lately. I’m sad to see it go, but I tried! The KVD liquid lipstick is still going strong, so I’m going to truck on through with it. I’m hoping that it will be gone for good by my next update. 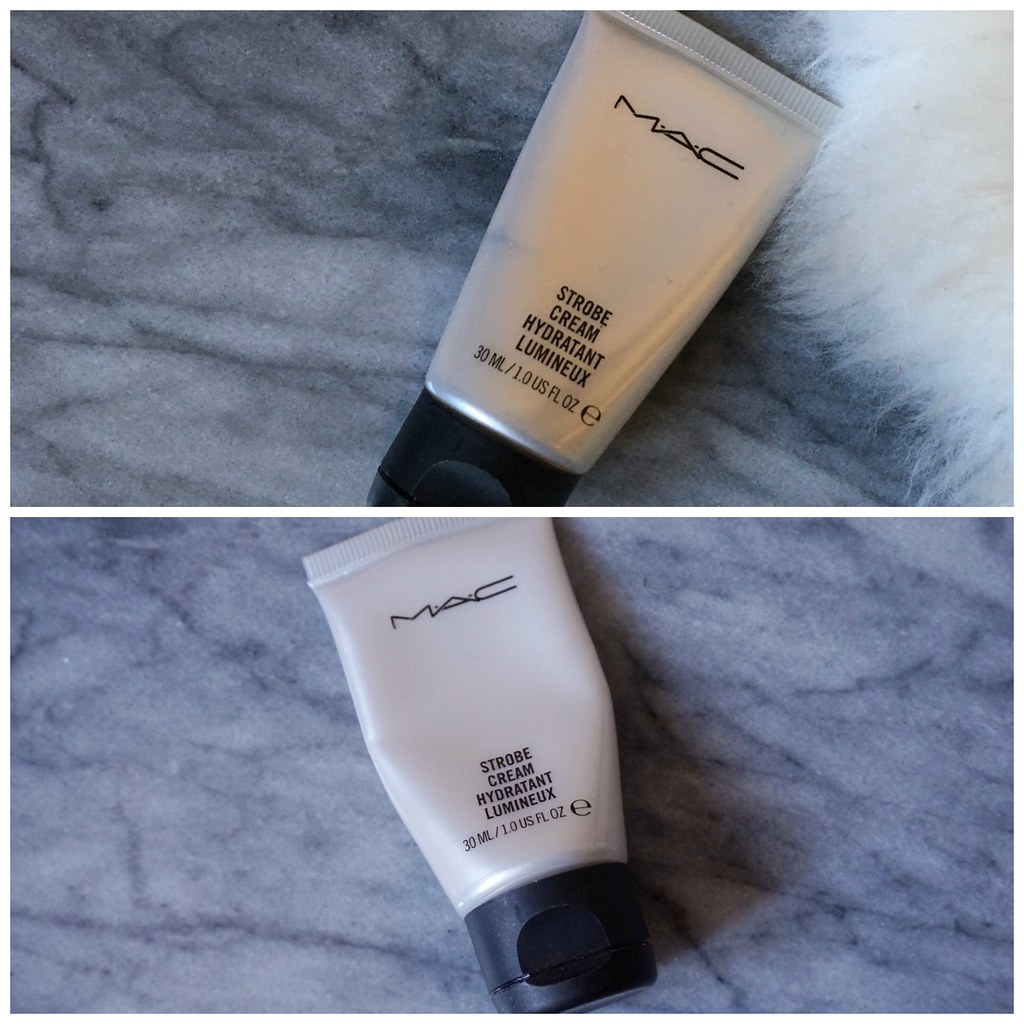 I’ve been using this quite a bit, and I think I’m very close to being done with it! It’s been wonderful to use with foundations to make them look more natural, but I don’t think I’ll be repurchasing it any time soon after I finish it off.

That’s it for my update! I think my Project Pan has definitely been off to a good start, and I’m hoping I can keep the momentum going to get most of my products finished or panned.

If any of my wonderful readers are also doing a Project Pan of their own, I’d love to hear about any updates. Feel free to leave a comment below!